After the camp for altar boys, it was time for the girls, the “Watoto wa Yesu”. The girls are always more numerous, and noisier. It was a very nice preparation for Christmas, for the girls and us alike, because it fostered the Christmas spirit with its songs and joy.

The altar boys were 108. The girls reached a number of 216, plus the youths and assistants, and the kitchen crew. It brings great happiness to know that we were able to have these “camps at Christmastime”. The day that the boys camp finished we began the novena to the Child Jesus, and by the time we finished the girl’s camp we had reached the end, remaining alone on the last day of the novena.

The girls surprised us anew, coming from the farthest limits of our parish. Some arrived at 4 o’clock in the afternoon, after having left home at 9am… They came from Salawe, 23 miles (38km) from here; walking, it took them 7 hours.

You have to realize that these girls are 10 or 12 years old, no more. Others came from Nonwe, 25 miles (40km), the farthest boundary of our parish. In truth, it is moving to see them coming, walking in flip-flops, with a small knapsack, or simply with a nylon bag with food, two pounds (1kilo) of corn flour, a pound of beans, a measure of rice, and 2.000 shellings (one dollar).

This is the third year that we have been able to have these camps and every year more children come. It is beautiful to see friendships develop among them, especially among the girls from different villages. It seems to us that this is especially beneficial for the girls who come from small villages, where the number of faithful are perhaps very few. To come and meet a great number of girls who are like them, sharing the same spirit, gives them a lot of strength and joy.

On the last day, we took the opportunity to give them prizes, so that each of them could have a Christmas gift. Regrettably, in the poorest villages, or where the catechists and leaders show little interest, girls came who didn’t have dresses to dance [this is a normal part of their liturgy]. The sisters gifted three villages with cloth to make their dresses, and they were happy. The girls saw that they could make a difference in their village, and desired to improve things, and to improve the liturgy.

After the official close of camp, we decided to drive the girls who came from the farthest villages. The sisters went south and I to the east. They made it as far as the river and couldn’t go any further because it was so deep. Upon seeing it, the girls were undaunted, because “it was this way when we came”, and so they had to cross the river by foot and continue until their villages, another 7.5 miles (12km).

In my case, I had greater luck and was able to reach the last town. The girls happily traveled in Father’s vehicle. We were tightly packed, but not in danger because we went very slowly, singing and enjoying the trip. I was amused when one of the girls climbed in, closed her door, and told me: “The glass is missing, there is no glass!” … looking, it was her door itself that was low. Right away they began to sing and did not stop for the entire hour-and-a-half of our trip. But I died laughing when they got ready to sing louder as we passed through the center of some villages.

I was very happy to arrive at the village of Mazirayo, because the choir members were just then practicing, and when they heard the horn and songs they came to receive the girls, clapping and smiling brightly. They were very grateful that we came driving. On the spot, the girls began to sing and dance. I took advantage of the moment to take some pictures of the house we are building in this place, and which is progressing little by little. It will be so good to be able to go to these distant places and stay some days doing apostolate among these people who are in such need of it.

Likewise, we traveled to Salawe, where I also took some pictures of the Church that is in construction… yes, they need much assistance. They are on the parish boundry. There are many pagans. There is still much to do there. Upon our arrival, many children gathered, their leaders and some adults came. The apostolate that is done in bringing the children home to the village is great. Everyone looks astonished, the children surprised and desirous of joining us next year. When I left the last couple of girls in Ubagwe, the woman, who had been accompanying these girls from the center, got out and told me, “next year we will have twenty.” We gave a volleyball as a gift to the girls who came from these distant villages, and also to the villages who sent a greater number of girls, so that they could play on the days that they gather for Catechism or when they could meet for practice.

I left quickly, thinking that I would arrive home at night. But when I passed through a village called “Namba moja”, I saw seven girls walking, and night was already falling. They had walked 8 miles (13km). I hit the brakes and asked them where they were from. “From Bupandwamhuri”, they told me, and they had another two or three miles to go. It was almost night. I had them climb in and backtracked so as to bring them closer home. At one point you have to leave the main road and go by motorcycle trails between the fields. I arrived at the chapel and I said a short goodbye because on these paths it is easy to get lost in the dark, everything looks the same. Thanks be to God, I found the main road promptly. It was night.

One feels a great satisfaction after so much work during these days with the girls. The sisters worked a lot, and were likewise tired and content, when I saw them after these days.  It is beautiful to see how they grow in prayer, how they take advantage of these days in order to know Christ better, to learn Catechism, the lives of saints… It is beautiful to see how they grow from year to year… how they grow in faith, in devotion, in knowledge of the things of God. It is admirable that a group as large as 200 girls can be perfectly manageable with only ten leaders directing. They are already accustomed; they know what camp is like, the all go where they have to, immediately. I won’t even mention the devotion that they show during the Holy Mass. Everything was just admirable and fantastic.

My God, Thank you for this beautiful mission!

Stand firm in the breach! 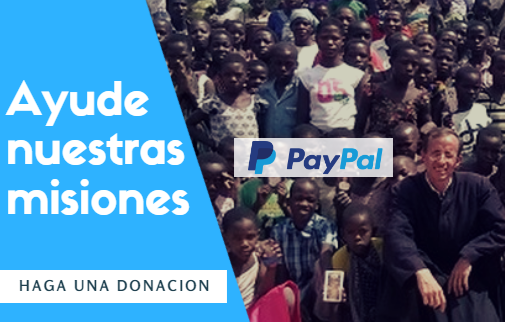